Posted by OLIVER in Badminton, World 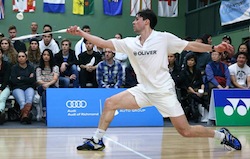 Team OLIVER congratulates David Snider for winning his third National Singles Title by defeating Stephane Wojcikiewicz (13-21, 21-6 & 21-8), in the final of the 2014 Canadian National Championships, held at the Vancouver Lawn Tennis & Badminton Club (VLTBC).  After two years of not competing in the sport, Dave joined Team OLIVER back in August 2013 and has made a quick climb to the top.  The tournament was loaded with great players.  Dave has to defeat Joseph Rogers and Alex Pang, as well as Stephane Wojcikiewicz in order to succeed.  Great job! 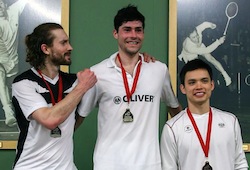