Posted by OLIVER in World 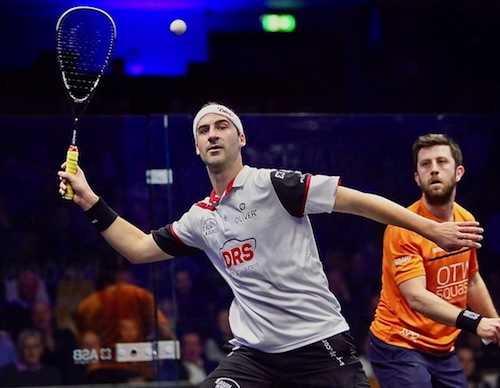 WHY SIMON ROESNER ROCKS !!
Blog comment by Stuart Davenport former PSA WR. Nr.3 / 1987 – M.C.S The Racket
I was talking to a couple of ex-pro squash players the other day and we all came to the same conclusion about current squash stars. Simon Roesner is our favourite player on the PSA tour. Here are some of the reasons why Simon Roesner rocks. Yeah he has just gone up to number 3 in the world and looks like he can go further but here’s some reasons why we he gets the respect of ex-pro’s. His physique isn’t ideally suited to pro-squash He’s tall and it’s real hard to compete day after day on a consistent level when you are as big as he is on the squash court. Yes, of course it gives him some advantages as well but physically it is just that much harder for him. Respect Simon for turning up week after week and rarely dropping off your incredibly high levels.
He doesn’t take advantage of his size Some bigger player use their size to manouvre themselves better and quite frankly block. They get away with it because of their size but Simon Rosner is reknowned as one of the fairest players on the tour. Just watch the way he plays – he always plays the ball (not the man) he always clears the ball. He attacks constantly Who wants to watch 300 shot rallies and players who look like they are trying to be first get to the 3 hour mark for a game of squash. Simon attacks constantly. He is always trying to finish the rally and, in the end, that’s what we all like to see. He doesn’t argue constantly with the referee Simon played the semi-final of the China Open in Shanghai this year and he was simply robbed. The calls were probably the worst you would ever see and they all went against him. It was the worst refereeing I’ve ever seen and it cost him at least 8-9 points. He was bewidered and disappointed but he didn’t get involved in long moaning discussions. He accepted the calls and continued on. 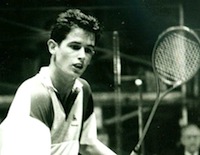 He gives the impression that it was more important to preserve the integrity of the pro tour than it was to win one match. And he had every right to complain because it was terrible refereeing. He is alone What I mean by this is that he is the only German right up there and has been for a long time. The Egyptians can group together to train and can travel together. They get a big advantage from this. Simon has been the only German at the very top for a long time and that is a difficult place to be. So there’s 5 reasons why we think Simon rocks and why he is the ex-pro’s favourite on the tour.  Comment by Stuart Davenport